Who wore it best? Talented actress Emily Deschanel (left) on the red carpet for the People’s Choice Awards in Los Angeles. Corina from WineDineDaily (right) heading to a dinner party in Santa Barbara with delicious food and wine in the same BCBG dress. Emily accessorized with an adorable clutch, black heels and geometric earrings. Corina also kept the jewelry minimal with dangling sparklers, golden heels and spiced it up with a touch of purple.

Corina didn’t win an award that day, but did get a nice glass of celebratory champagne instead and the most delicious dinner with a Mediterranean feast of kebabs, hummus, and dolmas. 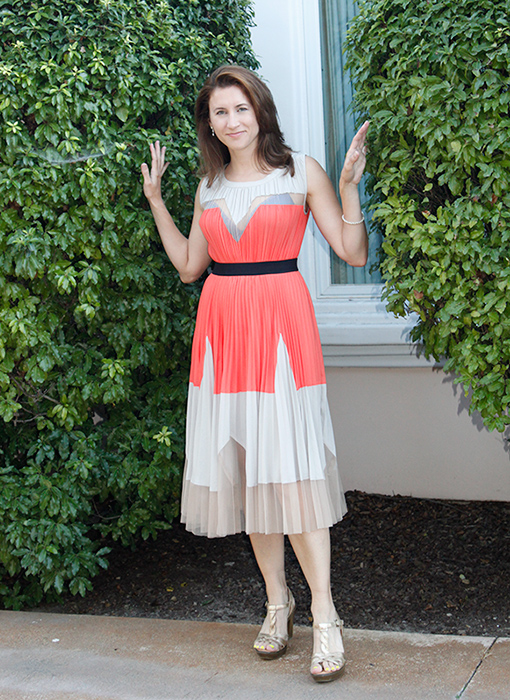 Who Wore It Best?

Written By
Corina
More from Corina
Love is in the air and the sultry Year of the Snake...
Read More