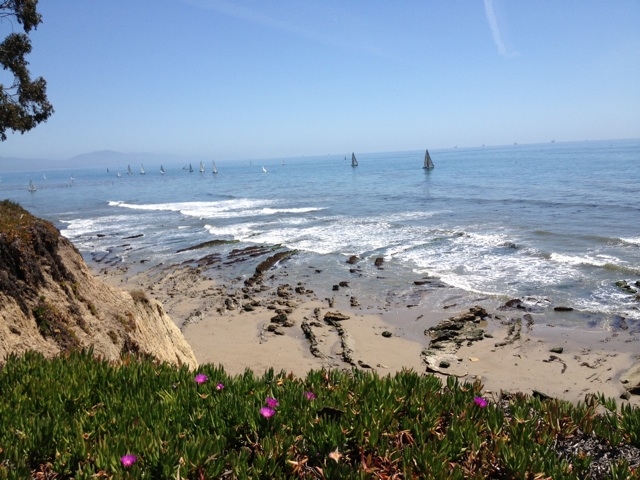 A few days ago was one of the best Sunny Day at the Beach, hands down no argument! This year Spring weather played a huge havoc in the US and throughout Europe. The Midwest had to endure terrible tornadoes and in Europe many countries had icy snowstorms, like in Norway and England. Here in Santa Barbara, after a week of big storms and heavy rains (and it does rain in California) a heat wave arrived. Between days of fog, we had warmer than summer weather and it felt like everybody was outdoors us included. California coastal towns are known for cold summers, even Mark Twain quoted “The coldest winter I ever spent was a summer in San Francisco.” ~M.T.   Well on this day, even Mark Twain would have written about how glorious and warm the sun was shining.

The greatest thing to live in California is to be able to go for beach walks, and the best time for a beach walk is at low tide because you can walk along the water for miles and miles and miles. 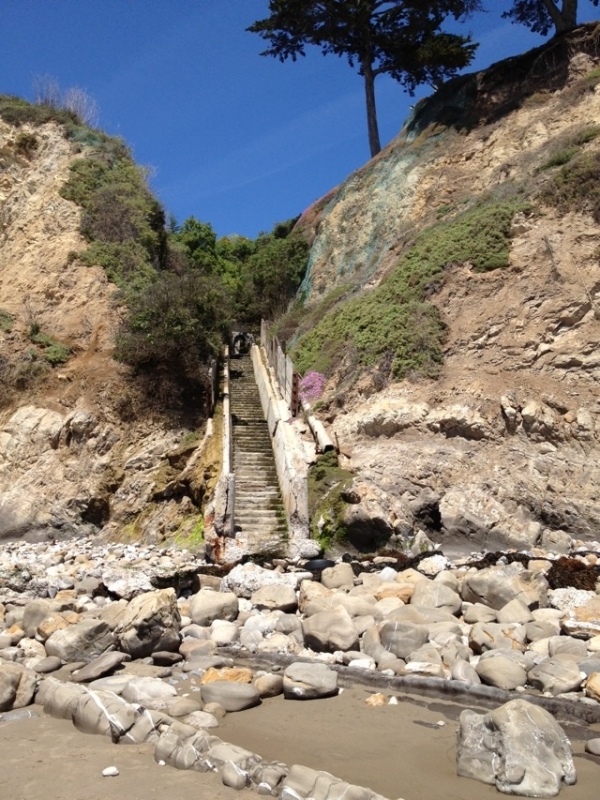 This early afternoon was indeed low tide and after the heavy rain and the stormy waves, the lovely sand was washed away, exposing rock layers and boulders from underneath the beach sand. Can you believe, all this rocks used to be covered by sand. 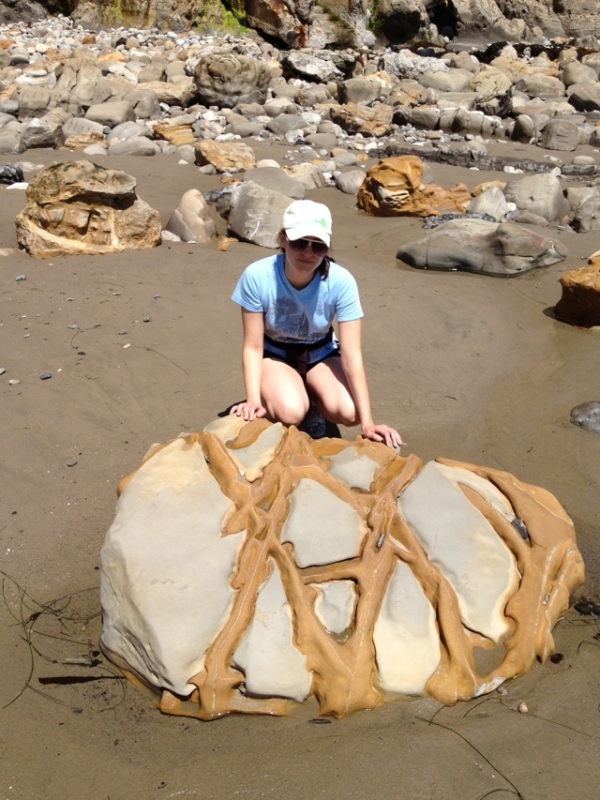 Look at this boulder where Corina is perching with the unique pattern, it almost looks like a Corina sees a giant dinosaur egg or an artwork from concrete. 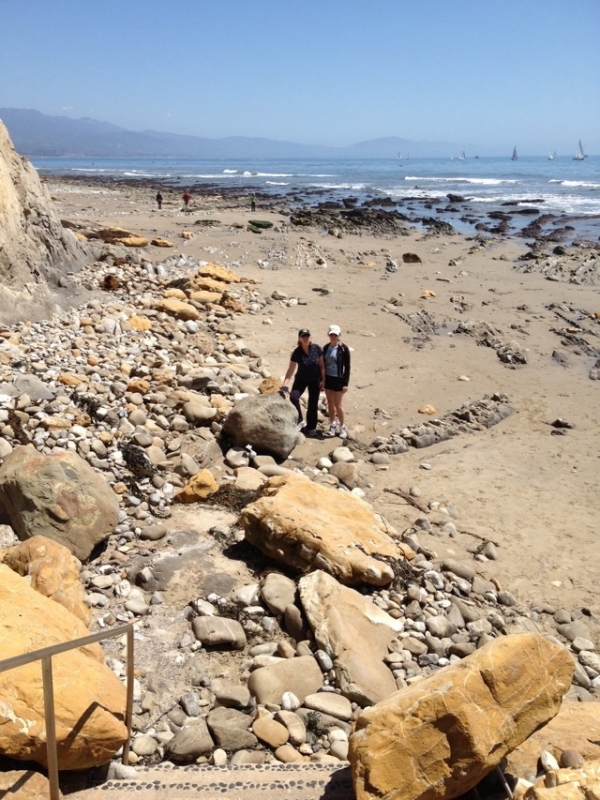 Sailboats are in a race behind us and everyone is out enjoying the warm day, and after our long walk we are ready to go home and devour our BQQ Beef Brisket sandwiches.