True to our Hungarian roots we are always delighted to find sweet yellow or orange peppers at the market and as the pepper season in California is coming to end we already gave up hope to find fresh peppers to make our  Lecsó – Hungarian Pepper Stew Recipe. If you had Ratatouille before, it is very similar and so perfect when you need a quick and healthy lunch or dinner.

Pepper season is coming to an end so we just had to make an old family favorite, the Hungarian Lecsó. It is such a family tradition, taking us back to grandmas Hungarian kitchen and the simple hearty foods that were almost considers ‘fast food’ in her mind. This is really a family favorite, we can devour it just as it is or simply with a slice of whole wheat bread, or with couscous or with brown rice. Grandma used to serve her version of Lecsó – Hungarian Pepper Stew with a fresh slice of potato bread. Since we are on a mission to eat healthier we have cut out white flour and refined sugar from our daily cooking (we do still indulge once in a while) in favor of healthier alternatives. This time we had the “Lecsó” with Israeli couscous, which has better  carbohydrates than regular pasta. You can even have this dish without the couscous, but what a shame it would be not to soak up every last drop of that luscious peppery sauce. 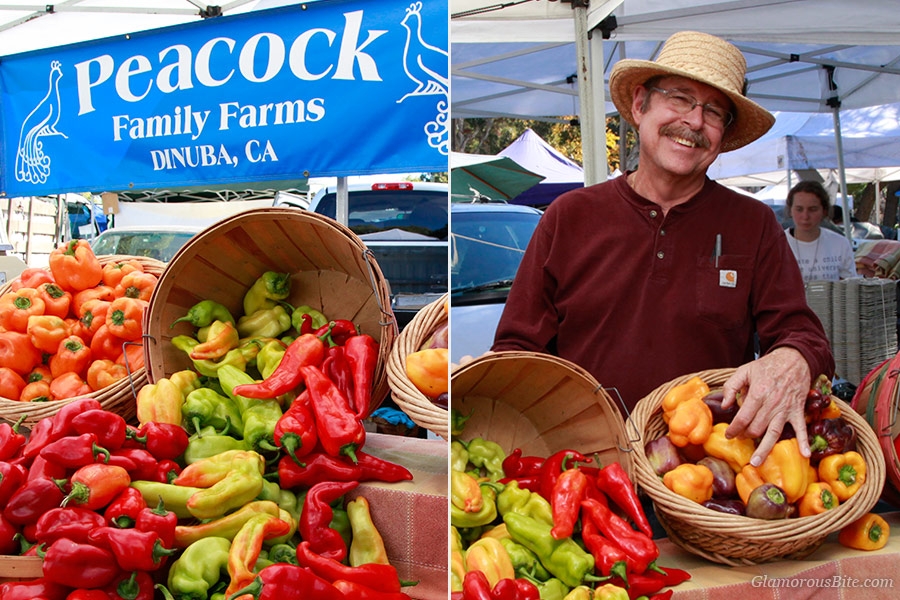 The last week when we visited the Santa Barbara Farmer’s Market we found the most beautiful vibrant fresh, crunchy peppers at the Peacock Family Farms table. Scott, the owner and dedicated farmer, helped us find the perfect Hungarian peppers for the Hungarian Pepper Stew. Those peppers were the last of the season and we eagerly filled up our basket with a dream to prepare several of our family favorites.  We also got California Certified Organic onions and vine ripe tomatoes, the tomatoes do taste sweeter and richer then regular hot house counterparts. 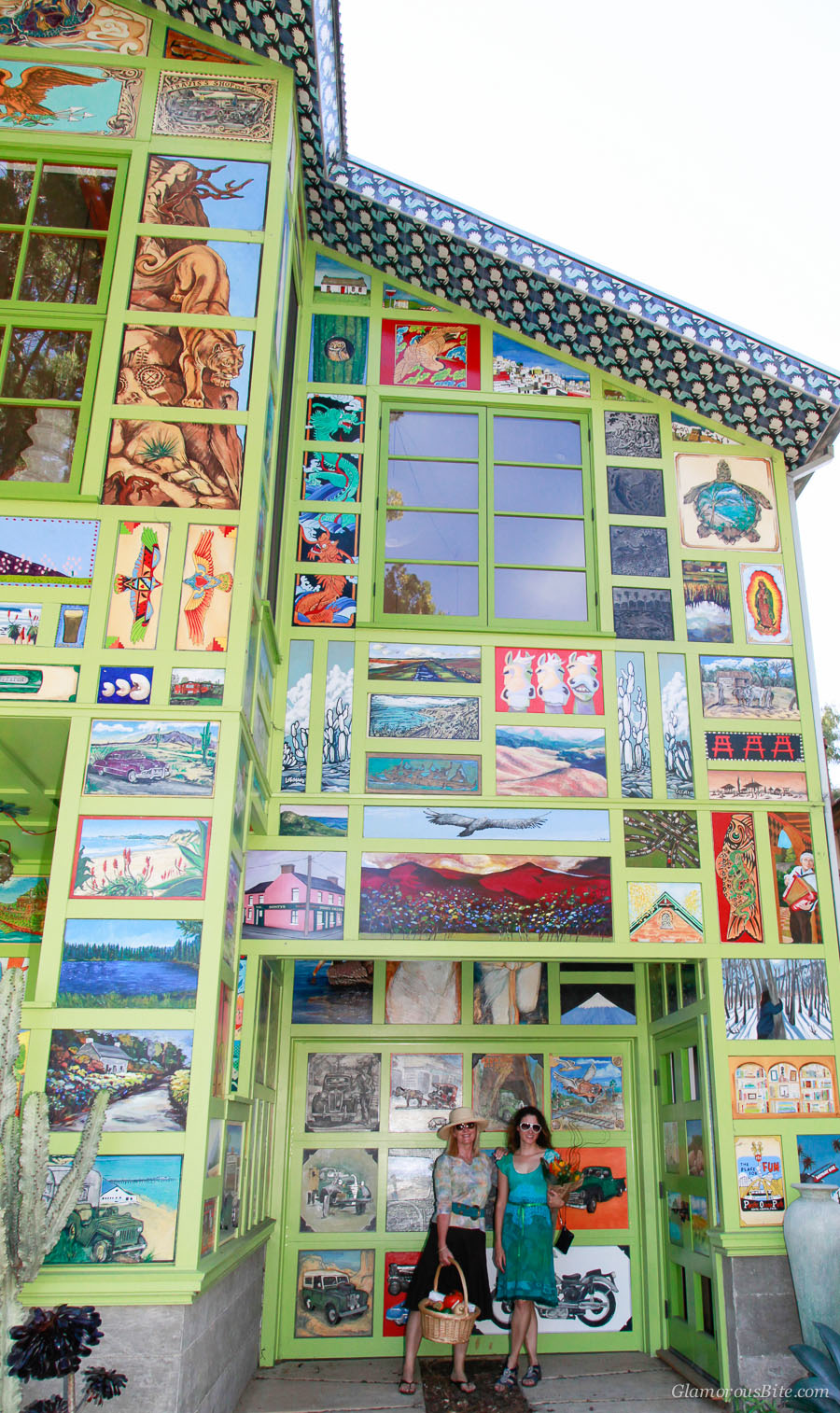 Walking back from the Farmer’s Market through the east side of Santa Barbara with our abundance of Farmer’s Market treasures, we just had to stop and get a photo with the “Art House.” Also know as the Vera Cruz House in Santa Barbara, it is covered with painted panels form local artists and was the idea of architect Jeff Shelton. His concept came from the former Sanford Darling’s “House of a Thousand Paintings” which used to be near the Santa Barbara City College until it was demolished. The local artists were forbidden to paint rainbows, dolphins, and clowns, so they could focus on just good memories they had from places near and far. Perhaps we should send them a photo of the “Lecsó” to place on the house, it does have so many good memories for us… 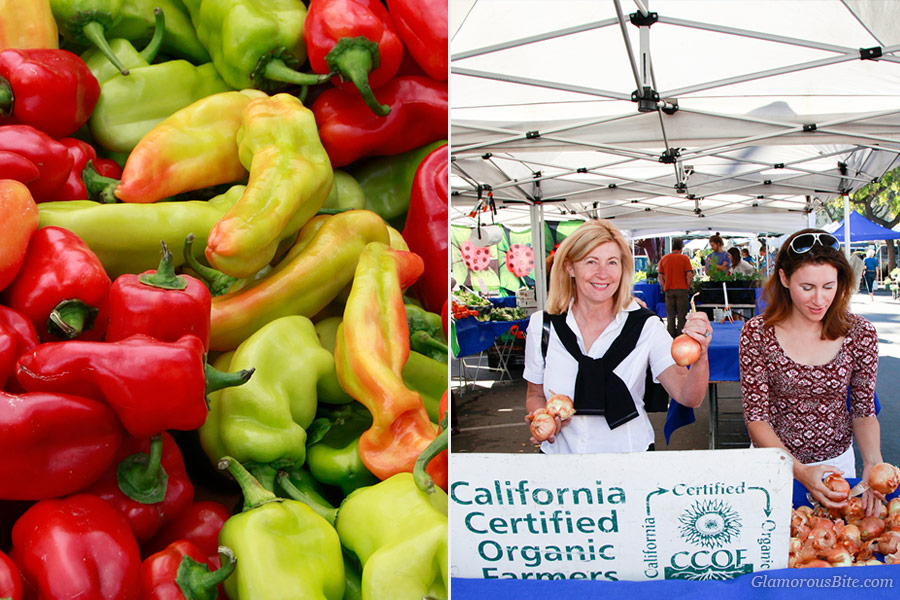 This Lecsó – Hungarian Pepper Stew Recipe is so easy to make and we love how the paprika and peppers fill the house with spicy warm flavors. Judit’s grandma (Corina’s great grandmother) was the first in her recollection to make this simple dish and the recipe has been passed on from mother to daughter for generations now. Red bell peppers are Superfoods that are rich in antioxidants and one pepper has double the Vitamin C of an orange. They are low in calories and quite filling plus contain Vitamin A, which is good for the skin. The Paprika powder came form a little further away, we got that at the Csarnok or Central Market Hall in Budapest when we visited this summer. On the way back from Europe it did cause some issue at the New York airport security check since who checked Judit never heard of paprika spice before and she had several bags neatly wrapped in her carry on luggage.  Santa Barbara Farmer’s Market 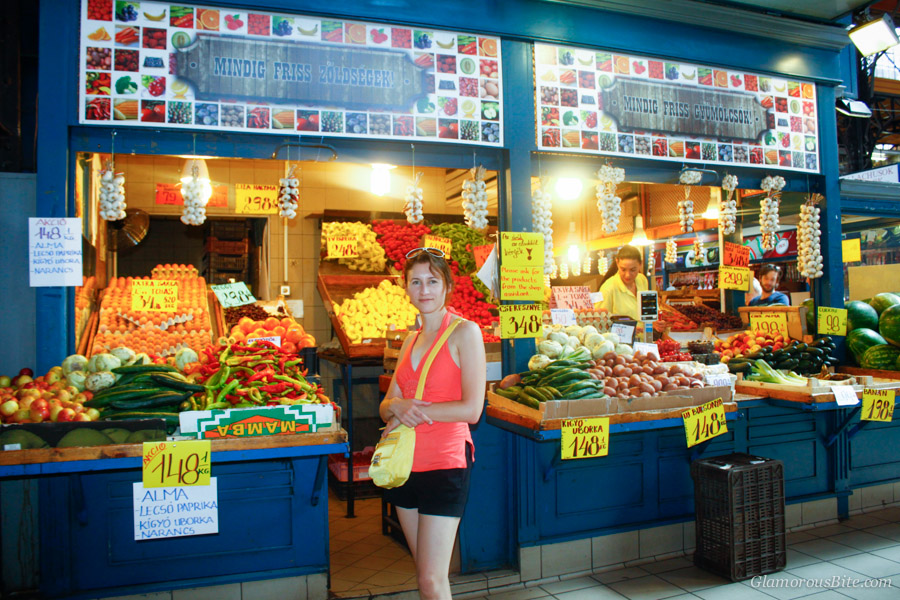 Lecsó is a very tasty pepper and tomato ragout (with onions and a good amount of Hungarian Paprika powder) which is served for lunch or dinner and there are many delicious neighboring relatives such as the Spanish lecsó called Piperade Basquaise, and Italian Peperonataja and the French, as you may know, call it Ratatouille. Hungary endured many “visitors” or invaders over the centuries and each time they left something special to enhance the local dishes, like coffee and lovely aromatic spices from the Turks.

Many of the Hungarian recipes include lard or oil, onions, and the most celebrated spice – “Hungarian Paprika.” Every time we inhale the aromas of these fragrant threesomes we are transported back to mom’s kitchen. These three ingredients are called the “holy three” of Hungarian cuisine. The Classical Hungarian dish called Lecsó starts with lard (or oil), onions, paprika powder, pepper and tomatoes. We are sure Barbara Palvin, the Victoria’s Secrets model from Hungary, or Miss World runner up Edina Kulcsár have their version of this traditional Hungarian Pepper Sew recipe too. People would say “let me taste your Lecsó and I will tell you which region from Hungary you are from!”

Even though this is more of a summer dish when the lovely wax peppers are in season, we love to make this recipe throughout the year with regular yellow, green, and red bell peppers. You can make this dish vegetarian by omitting the Kielbasa and adding more peppers instead. 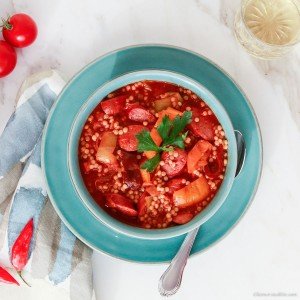 In case you would like to have this recipe “recept” in Hungarian:

Glamorous Food & Wine Pairing: Grof Degenfeld Tokaji Bio Furmint from the Tokaj-Hegyalja region of Hungary with citrus notes and a hint of spice would pair nicely with the Lecsó – Hungarian Pepper Stew Recipe. There is a touch of smokey flavors and stone fruit. This biodyanamic dry whit wine is around $13 and perfectly compliments the spicy peppers and sausage. 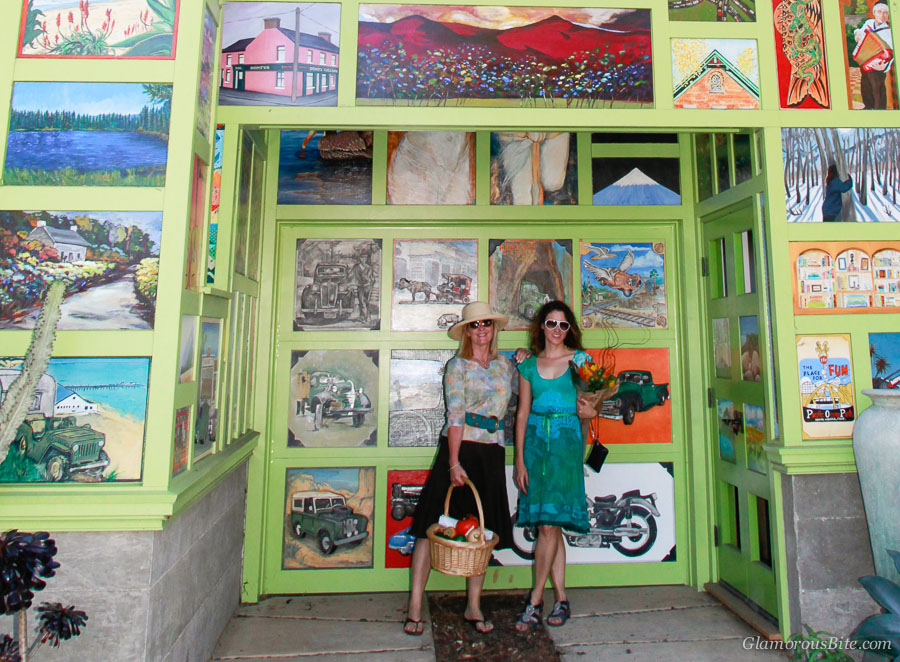